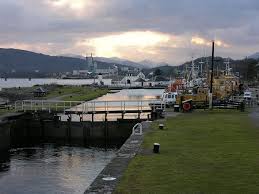 The Caledonian Canal is one of the greatest canals in the world. Linking the North Sea in the east with the Irish Sea in the west it provides a safer passage for shipping than going via the Pentland Firth around the north of Scotland.

There are many unique features along this 70-mile long canal. Urquhart Castle lies overlooking Loch Ness where our world famous monster – known funnily enough as The Loch Ness Monster – is in residence to this day. Known locally as Nessie, she has kept her head down now for a number of years but that may be the result of the increased boat traffic now using the loch during daylight hours. No boats are allowed to travel the lochs or the canal during the evening hours or at night. So who knows, if this is the time she will come up and survey her domain.

Then there is Neptune’s Stairlift. This is a series of locks which connects Loch Linnhe at sea level at Fort William in the west with Loch Lochy.wed to travel the lochs or the canal during the dark hours so who knows if that is the time she will survey her domain.residence to this day. Locally known as Nessie, she has kept her head down now for a number of years but that may be the result of all the boat traffic now using the loch during daylight hours. No boats are allowed to travel the lochs or the canal during the evening or at night. Who knows, maybe this is the time she comes up to survey her domain.

This website will reveal many of the wonders to be found as travelers pass through the Great Glen which surrounds the canal on both sides. Whether you travel by road, canal or on foot this is an unspoiled landscape only in the last 100 years made easily accessible with an upgrade to the A82 road which traverses the glen from Inverness to Fort William.

Ben Nevis is located close to Fort William to the western end of the Great Glen. (Contrary to popular belief we are not up to our eyes in snow all year round –sunshine prevails and reasonable temperatures make climbing Ben Nevis accessible to all).

Its elevation of 1,344 m (4,400ft) makes it the highest mountain in the United Kingdom. The meaning of its original Gaelic name “Beinn Nibhels” translates as Venomous Mountain or “mountain with its head in the clouds”. (Wikipedia). “The Ben” is all that is left of a 400 million-year-old volcano which met its end in a violent explosion comparable with Krakatoa (1883). You can expect rain at the summit as well as gale force winds throughout the year. About 427 cm (171 in) falls on the summit compared with just 202 cm (81 in) at Fort William down at sea level. There are steep walks all the way up to the summit as well as challenging rock climbs so take your pick of the route up. But please be properly prepared for your climb. The weather is often calm and sunny at the foot of the mountain but can often change quickly as you near the summit. Have windproof coats and good walking shoes. Don’t count on mobile phones working in an emergency due to the terrain.

At the other end of the Great Glen lies the city of Inverness. This is the most northerly city in the United Kingdom and has seen great expansion over the last 20 years. It is here in Inverness that you will most probably begin your journey up the Great Glen either along the Caledonian Canal by boat or by road (The A82).

Across Scotland, you will find castles in all states of repair. Inverness castle is no exception. The current castle was only built yesterday (comparatively speaking -in 1836) designed by William Burn. However, there has been a castle on this site since the original one was built in 1057. With clan uprisings and the divisions for and against Mary Queen of Scots, Inverness Castle has seen it’s fair share of drama, destructions, and rebuilds across the centuries. The modern castle is in use by the Inverness Court House so only the grounds are open to the public at this time (but watch this space as there is a movement afoot to get the castle fully open to the public).

You might want to check out the advertiser list in the sidebar as Inverness can provide you with all the functions of a city regarding accommodations, public transport links, entertainment and supply centers for your expeditions along the canal. There is even a modern university in Inverness just opening its doors on its new campus on the city outskirts. 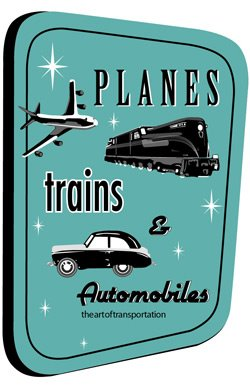 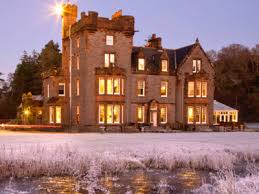 What To See and Do 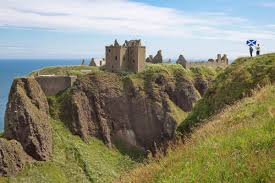